On November 27th, 2018, our beloved grandson, USAF Staff Sergeant Dylan Elchin, was killed in action while deployed in Afghanistan defending our freedom. Born June 11, 1993 in Brighton Twp, he was a 2012 Hopewell High School Graduate.

On 12 August 2018, SSgt Elchin served as the detachment JTAC during the execution of the Quick Reaction Force mission when Taliban fighters attacked the convoy of U.S Special Forces and Afghan Commandos. SSgt Elchin was in the lead U.S. vehicle moving to assist the Ghazni Prison when Taliban fighters engaged the U.S. and Afghan convoy with multiple RPGs, PKM machine gun fire, and Small-Arms Fire from a well-fortified compound. SSgt Elchin’s vehicle was struck by an RPG that disabled both the vehicle and its primary weapon system leaving the vehicle completely exposed and vulnerable to enemy fire. Following the RPG strike, SSgt Elchin, judging the severity of the situation, acted without hesitation and opened the rear hatch of the RG-33. At great personal risk and complete disregard for his own personal safety, SSgt Elchin exposed himself in the rear air-guard hatch to facilitate communication with aircraft overhead. Atop the disabled U.S. vehicle and completely exposed to enemy fire, SSgt Elchin, coordinated with U.S. aircraft amidst constant, effective RPG and heavy weapons fire. SSgt Elchin coordinated a strike against the well-fortified compound within minutes of initiation of the engagement which suppressed enemy fire and allowed friendly forces to start hooking up the disabled vehicle and facilitate the convoy’s movement from the ambush area.

Despite the initial air-to-ground strike against the enemy compound, all enemy fighters survived and began to re-engage friendly forces in the open around the disabled vehicle. SSgt Elchin for the second time, with complete disregard for his own personal safety and knowing that U.S. lives would likely be lost otherwise, exposed himself to heavy enemy machine gun and RPG fire to coordinate a second strike against the well-fortified structure. While exposed to the heavy enemy fire, SSgt Elchin coordinated the precise and life-saving ‘Danger-Close’ air-to-ground engagement that killed four heavily-armed and well-fortified Taliban fighters that had pinned down the U.S. and Afghan convoy along the open road. SSgt Elchin’s timely and precise actions while under heavy enemy fire were essential to saving the lives of the Special Forces Detachment and Afghan Commandos within the patrol. Staff Sergeant Elchin’s valorous actions are in keeping with the finest traditions of military service and reflect distinct credit upon himself and the United States Air Force. 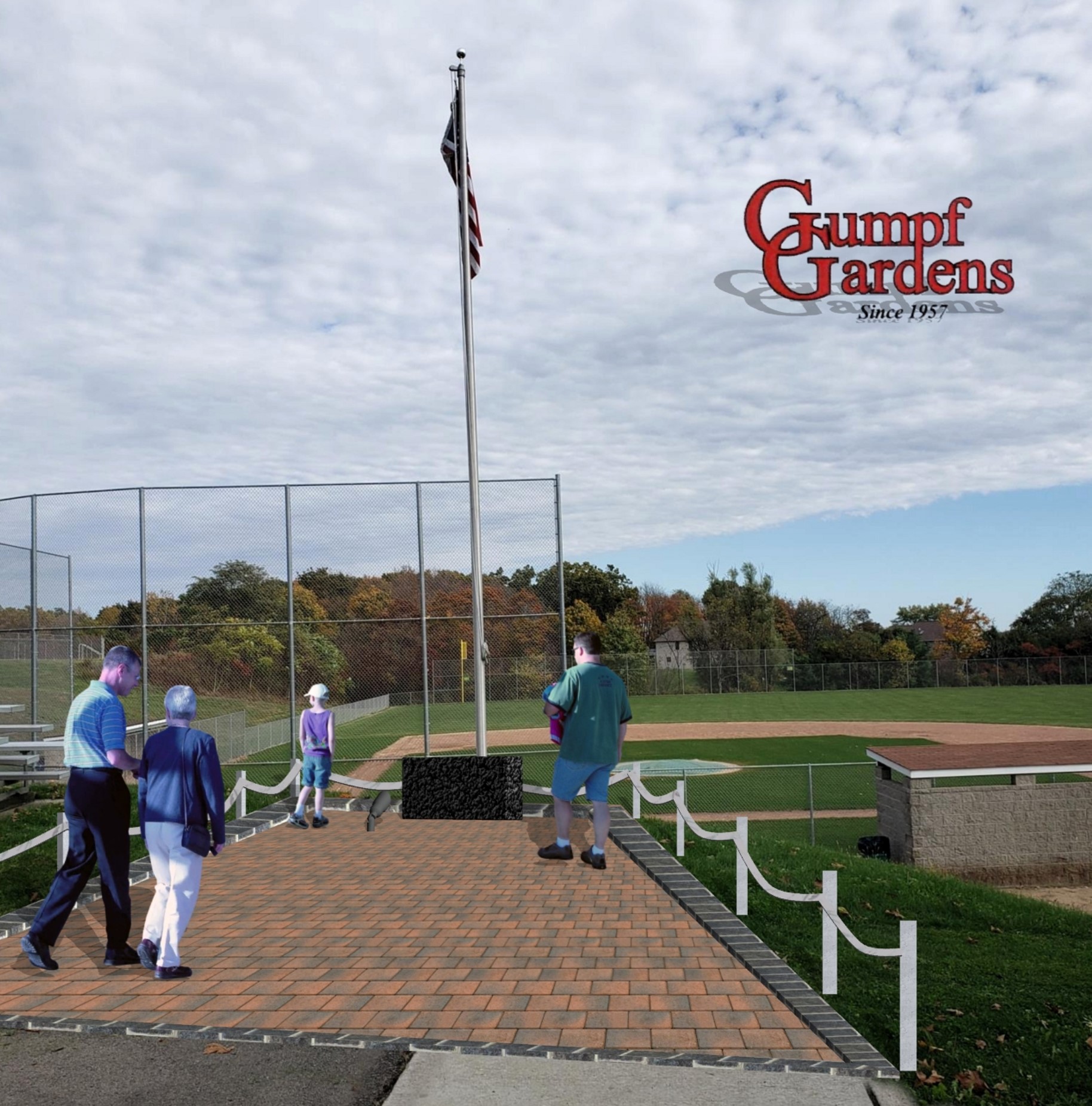 To honor our veterans and those presently serving, the patio portion of the memorials will have honor bricks with their names engraved on the bricks.  The memorials will also have a story board describing our struggle for freedom since 1776, depicting Beaver County’s involvement in the fight for freedom.

These memorials will honor those who have paid the ultimate sacrifice. But they are also about us, the living. Their stories of duty, courage, sacrifice and love of country, remind us of what is good in ourselves.  It teaches our children what is great about America and fulfills the unwritten contract we citizens have with our military. If we send our military to foreign lands to defend us, and while defending us they die, we will honor them. They will not be forgotten.

The theme of the memorials is to connect the community to those who serve. Dylan’s story could be about the boy next door, the person you went to school with, the mailman, the coach on the ball team. Our military service members are not some far away abstract, they are our family, friends, and neighbors.

These memorials will be more than names on a tablet. They will tell a story of a young boy with a dream of serving his beloved country. That boy became a man who chose to go to foreign places to defend our liberty, knowing full well he may die in doing so.

These war memorials will be built in Brighton Township, Chippewa Township and Hopewell Township.  The funds needed to build the three memorials is $60,000. All money donated will be used for the memorials.

During these difficult times of COVID-19 we have been able to raise almost 20% of our $60,000 goal for the three memorials. Thank you to all of our generous donors.

Please join us to honor our veterans, those now serving and those who died for us.  The honor bricks we are selling can be purchased for any veteran, active duty, national guard, or reserve military service person.  The honor brick will be placed at the memorial of your choosing.

Non-Military bricks – If you wish to purchase a brick for a non-military loved one, the brick WILL NOT be placed at a memorial site. It will be yours to put on your mantle, in your flower garden or wherever you choose.

Honor your loved ones by purchasing a brick and help us fund these war memorials. 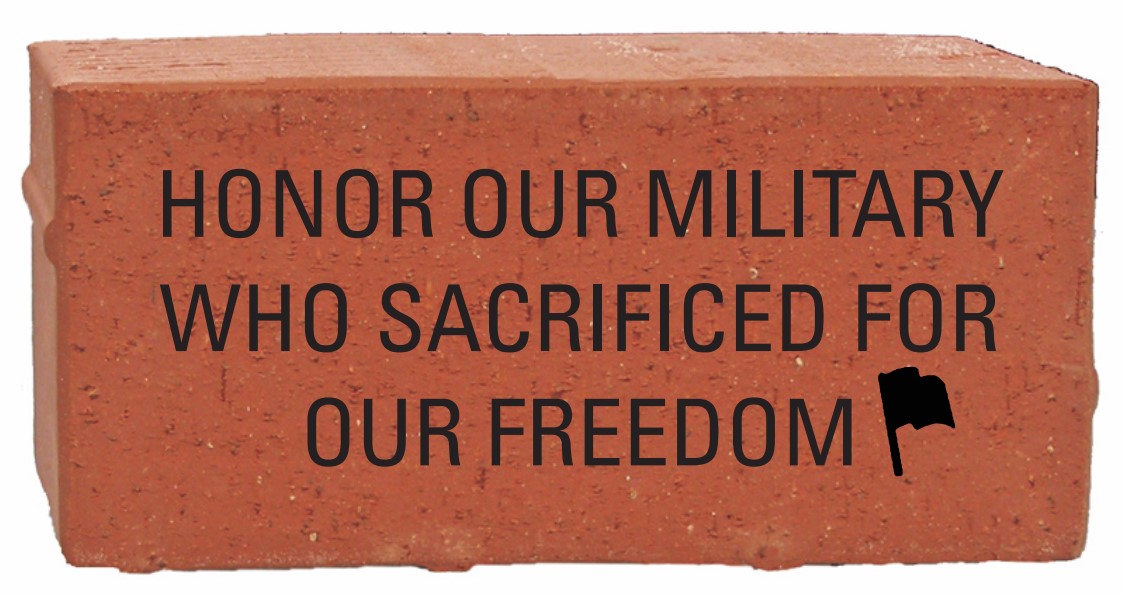 Brick space is limited at the memorials.

All donations will be administered by Legacies Alive

Make a donation to fund a memorial using PayPal.

Honor your loved ones by purchasing a brick and help us fund these war memorials.
Buy a Brick
Copyright BTHT War Memorial. 2020 - All Rights Reserved
Back To Top
×